After not feeling well and missing out on Spartacon last year, it was good to get back down for this annual convention in Lansing last weekend. Of course I did question my sanity at o-dark-30 when the thermometer in my car read 3 below and the roads were covered with blowing snow. But I made it!

This was a bit of a "different" day for me, as I took part in a pair of "cops and robbers" games rather than any conventional wargames. One was the aforementioned brawl in Detroit, the other was an intriguing gangster vs. cops scenario using Dead Man's Hand. These rules worked great for this genre, almost to the point I now have a hard time visualizing them as an old west set! The basic scenario had two rival mob bosses meeting at a shack in a rural area, with two groups of lawmen converging to arrest them. And the mayhem ensued. The game actually broke into two mini-games. As a lawman, I ended up killing rather than arresting my target, but in the end I lost all my officers. Oops.

I really liked the card-driven activation system of this game, as it did give some leeway in letting you choose who goes when, so it doesn't completely get bogged down by luck wherein one player can get multiple actions before another gets any. The reaction system worked well, and really saved me as I was able to get shots off at the getaway car rather than stand there watching.

Purchases on the day were limited to the latest CY6 scenario book, Floatplane Hell, and several more of the planes from Dave at I-94. All that and home by 8 for pizza with the wife and kids. A good day!

And as always, there were some great looking games. Here's a sampling. Apologies if I get the details wrong. With the fast-paced games I was playing in, there wasn't much time for roaming around! 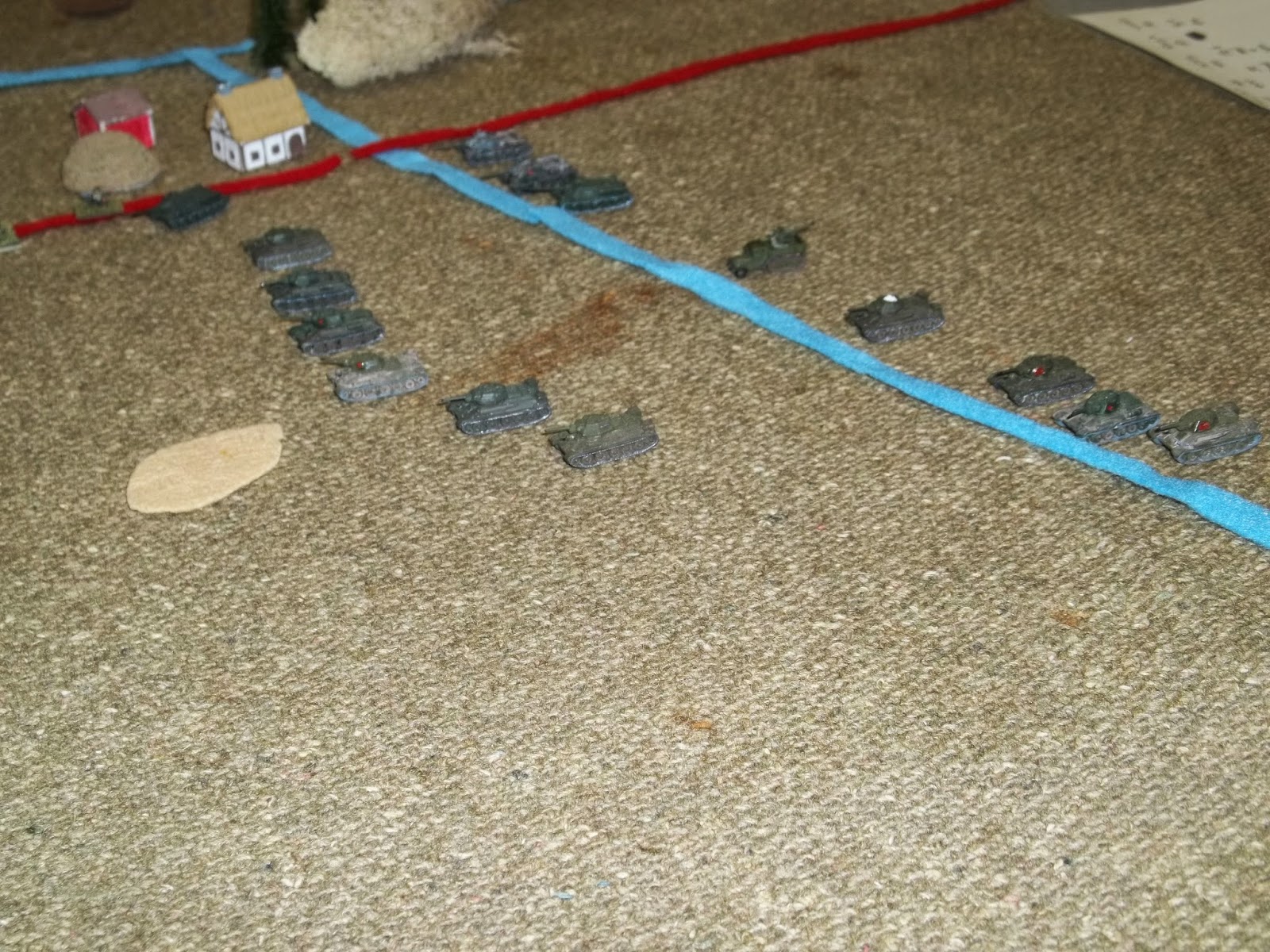 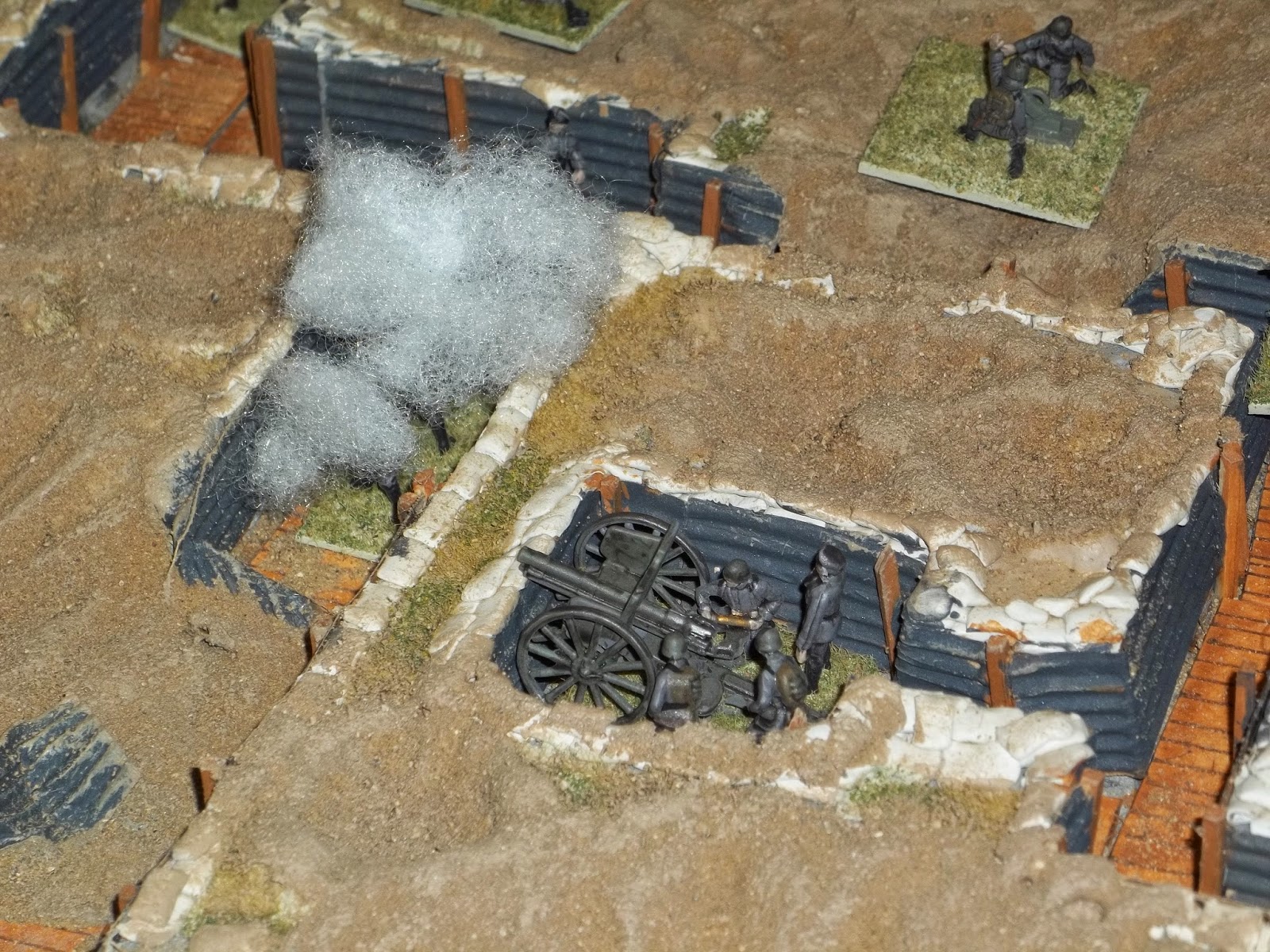 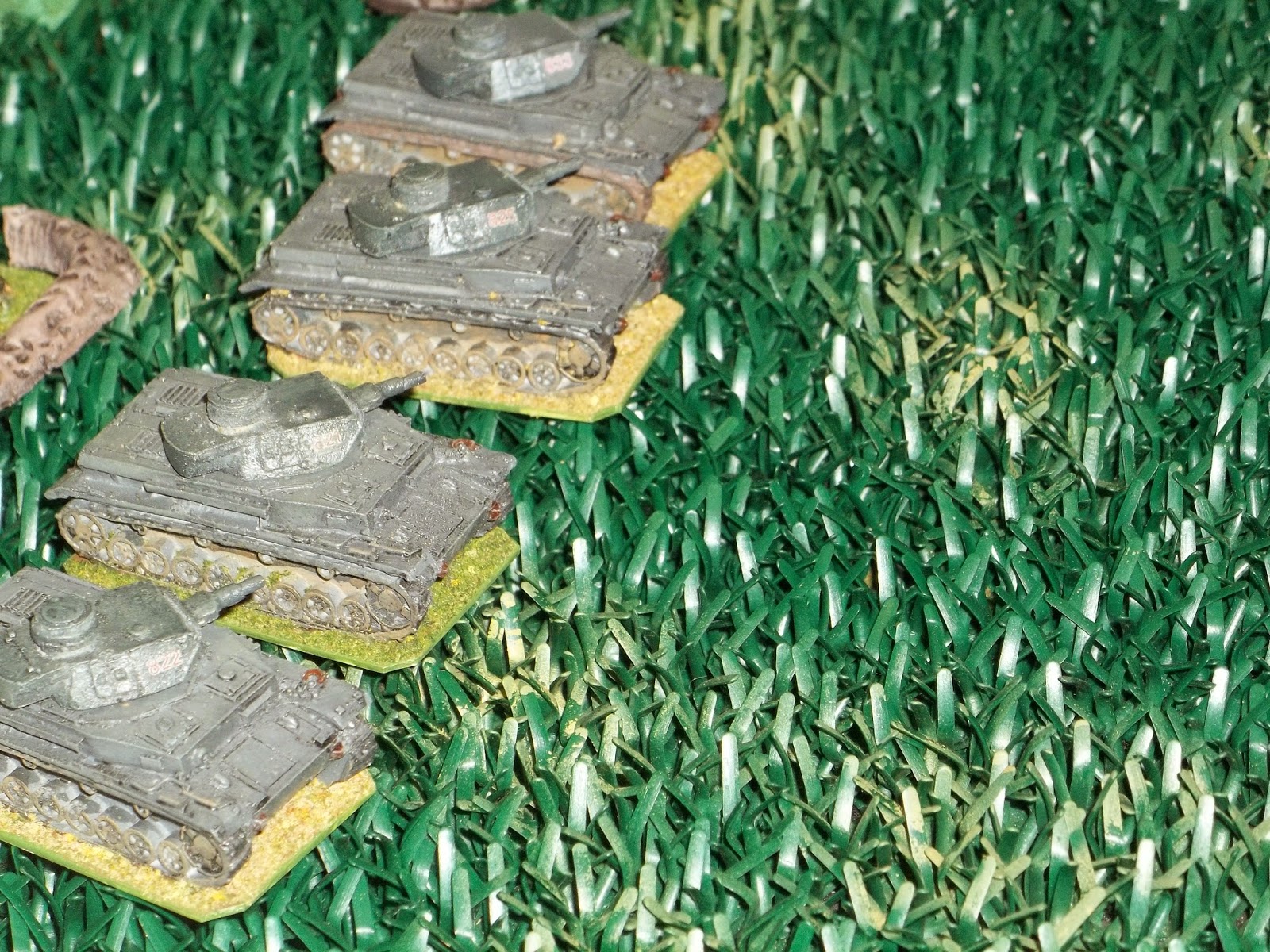 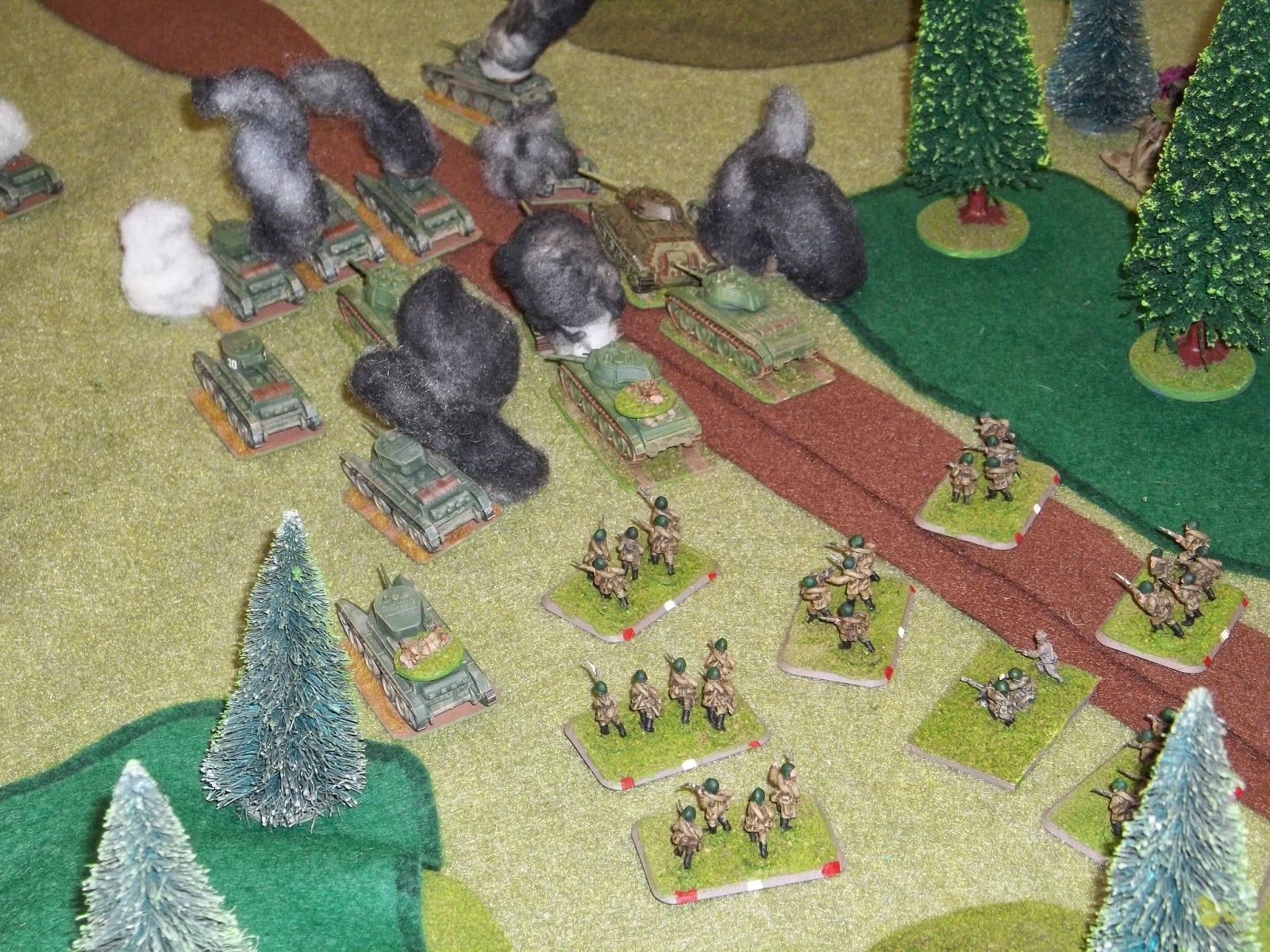 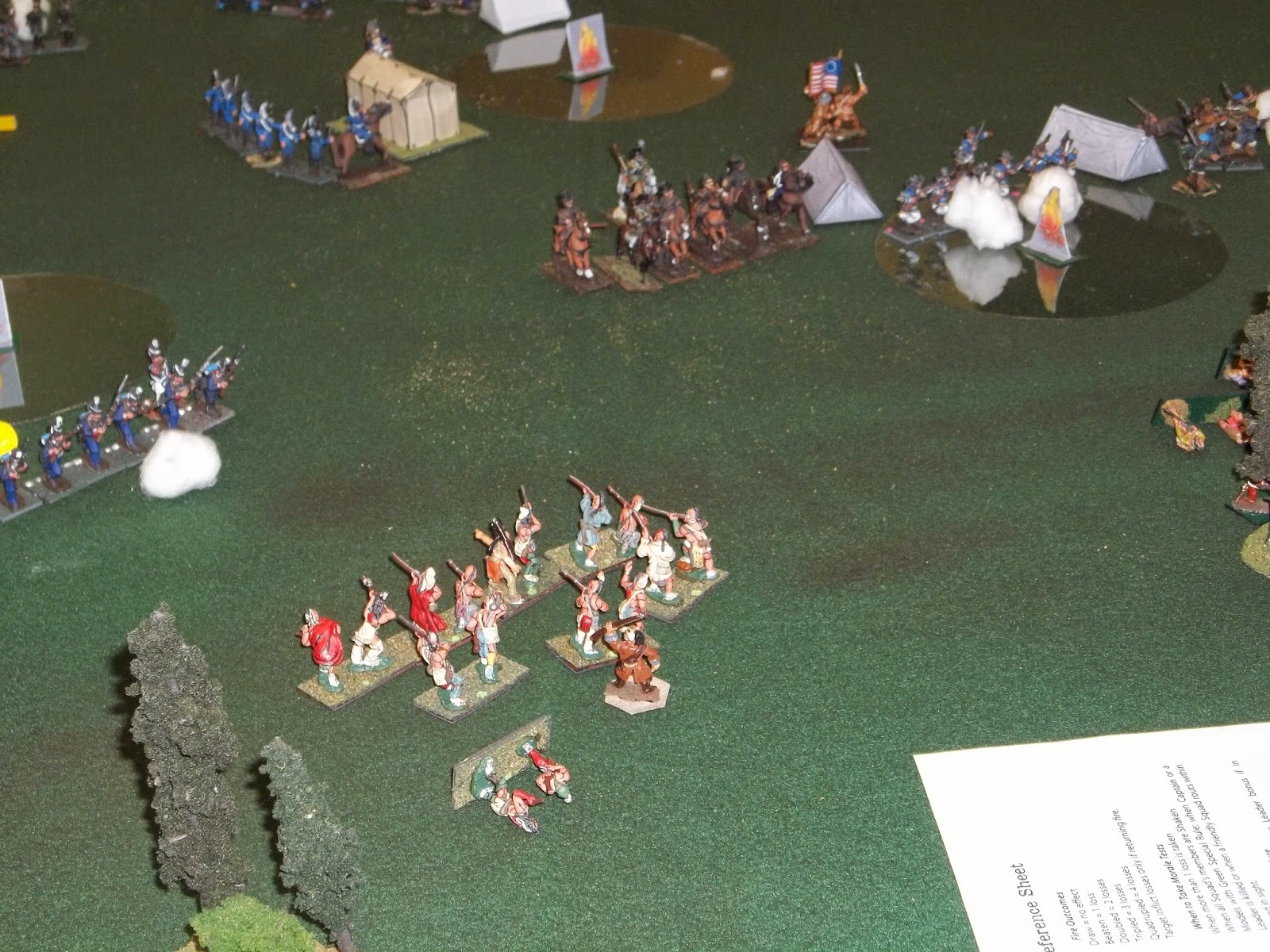 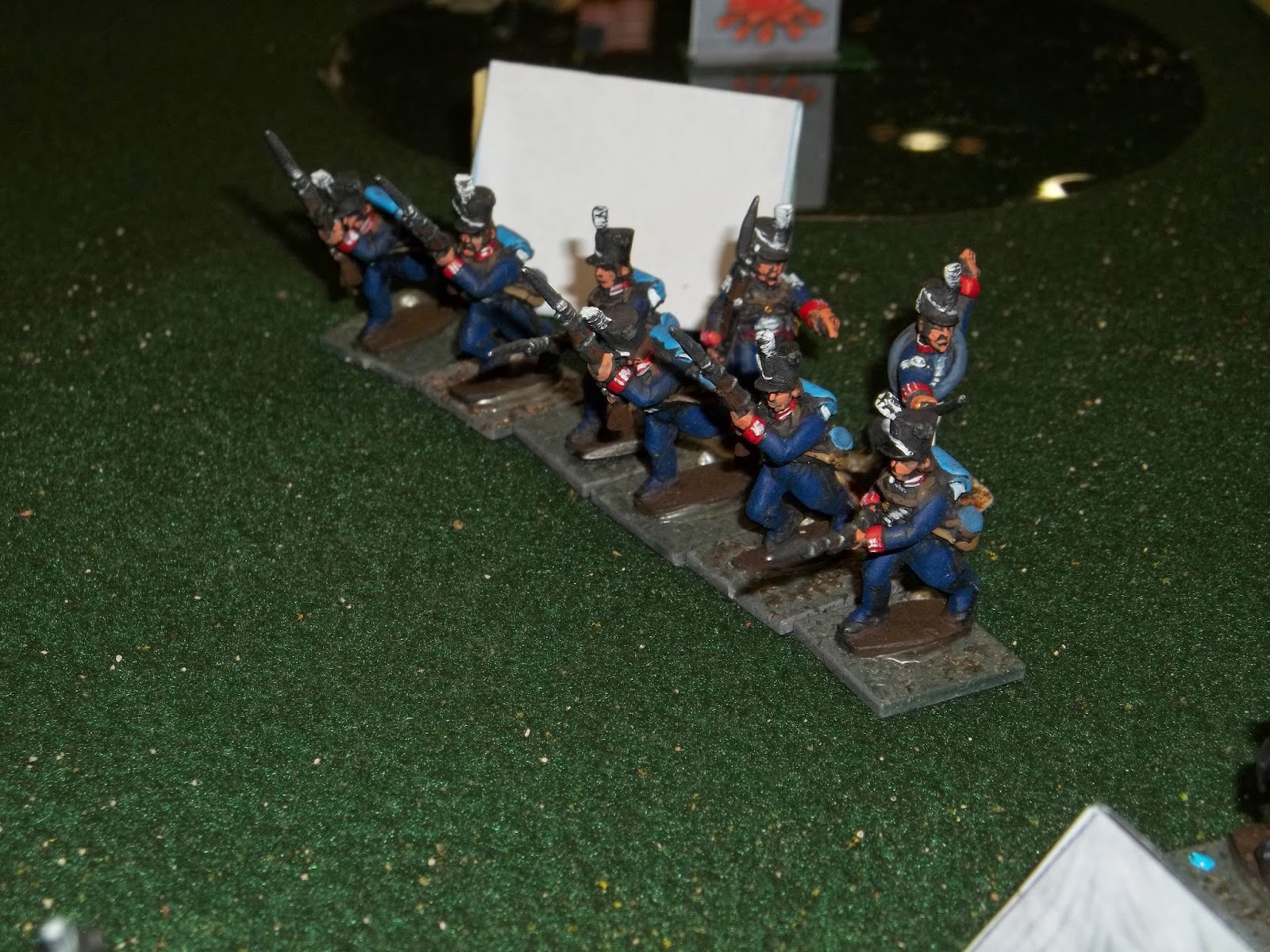 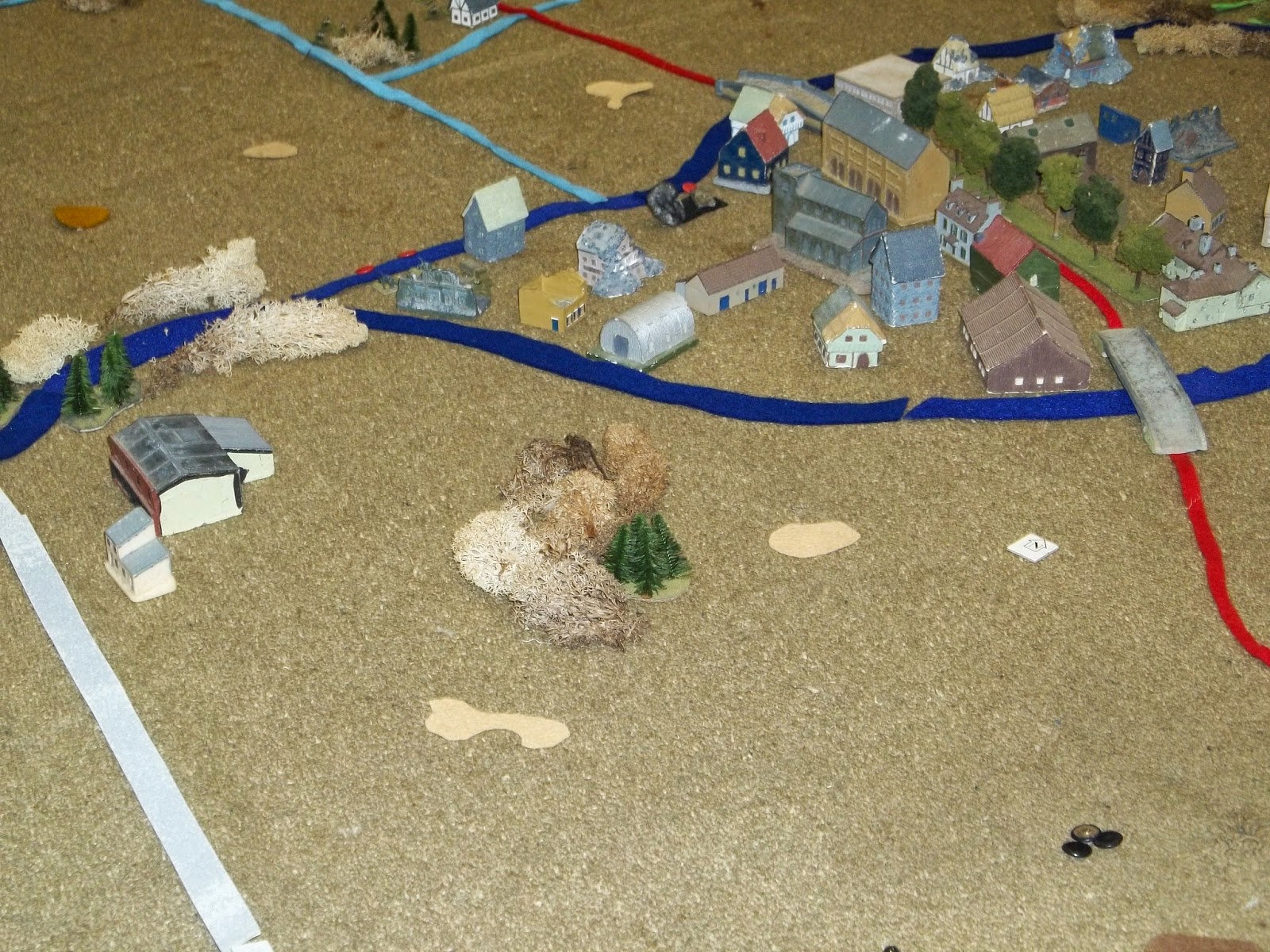 Email ThisBlogThis!Share to TwitterShare to FacebookShare to Pinterest
Labels: Spartacon 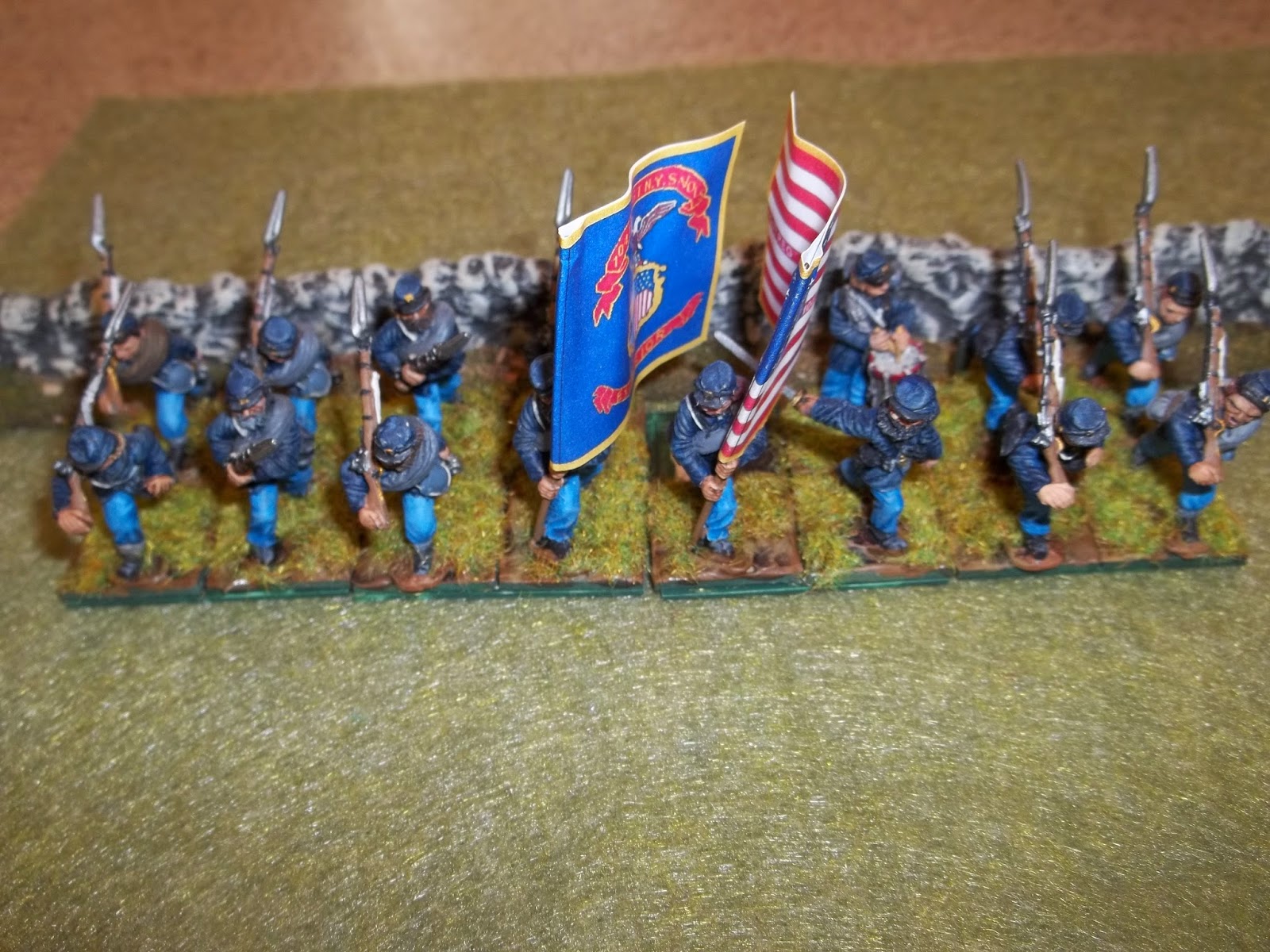 "Those are big flags for little poles." So sayeth my daughter. And she's right. I should have done something about those poles. Like made some longer ones. But oh well, I was to the point I just wanted to get these guys done, and attaching the flags was the very last step. So they are done.

Figures are Dixon, with the usual blend of Testors and Vallejo paints. This was intended as a "generic" Union regiment to fill in wherever needed. Looking through the stash of flags, I came upon the 104th New York, which sounded good enough. As near as I can tell that's not a zouave regiment, or part of anything unique like an Irish Brigade or an Iron Brigade. 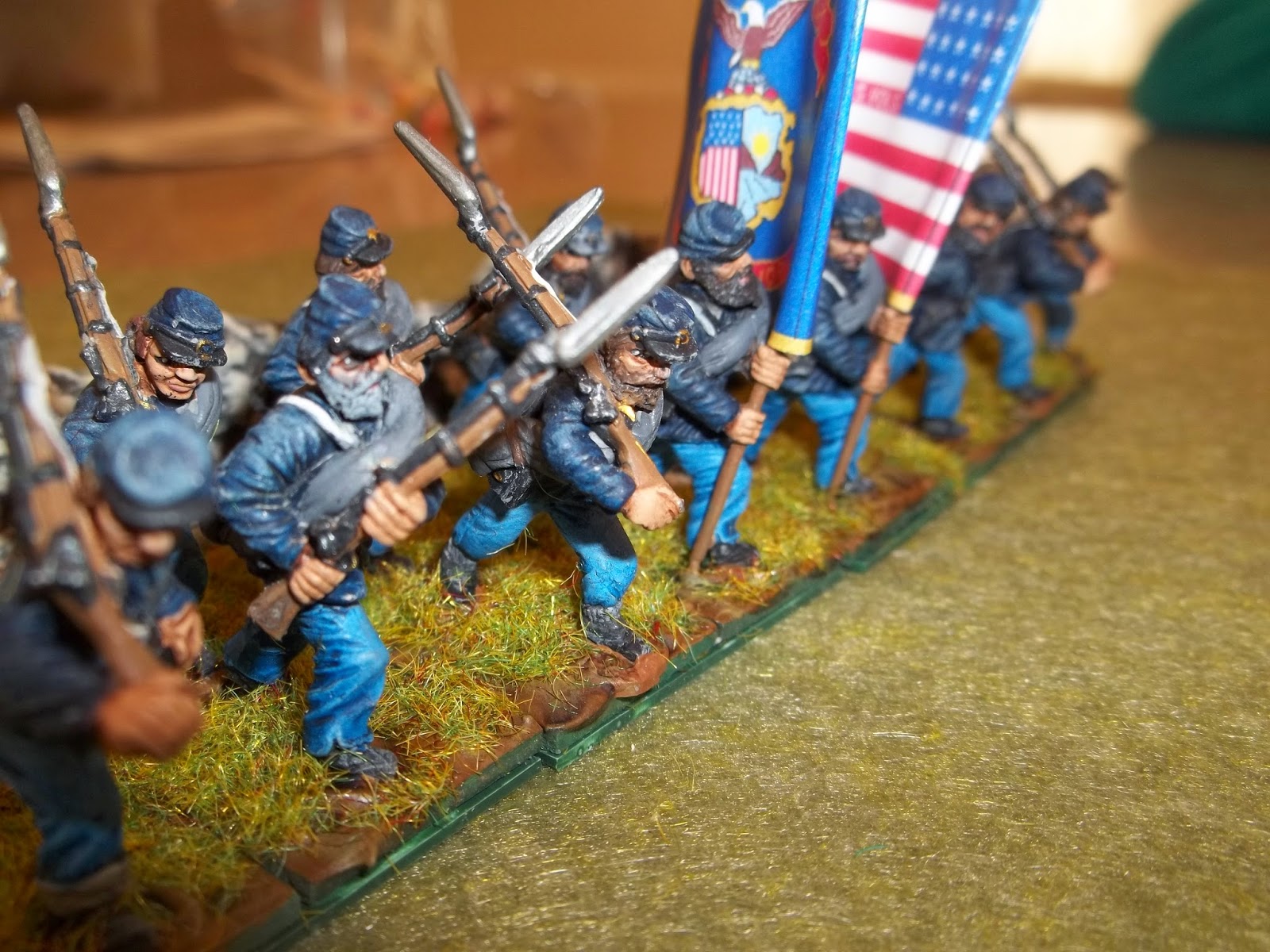 Someday I will actually get all of these on the table. I haven't completely settled on a ruleset, but given today's news of John Hill's passing, I think I will dig out Johnny Reb III tonight and take another look. It seemed a good day to post a pic of these guys as well. Like so many, I can trace my interest in the hobby back to Squad Leader, so John Hill's legacy is secured. 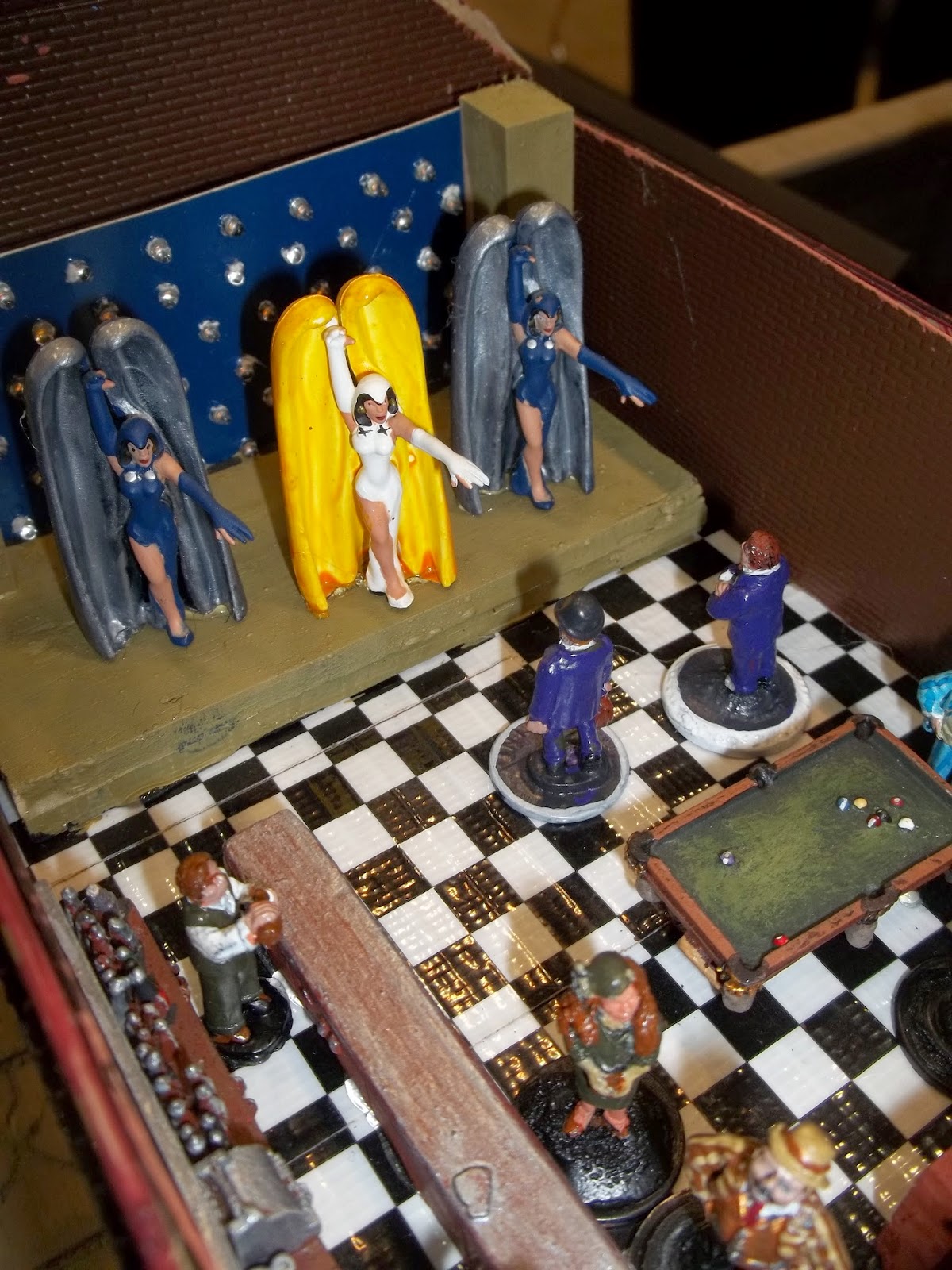 I'll have more on my adventures at Spartacon, the annual convention in Lansing, Mich., directly, but I just had to post a quick report on one of the games I played there.

In short, it had the best objective I have ever been given in a game. "Proceed to your private gentleman's club and go upstairs, leaving a guard at the door." I kid you not. Have a drink and check out the girls. I can do that!

OK, so in all seriousness, it was part of an epic 1929 gangster game. The setting was Detroit, with the hypothetical scenario being that Bugsy Malone and his boys came in from Chicago to get revenge on Detroit's Purple Gang for the Valentine's Day Massacre. With nine players running everything from Abe Bernstein (me) to federal agents to dockworkers, I don't think I've ever seen so much chaos or mayhem in a game. It was a blast! 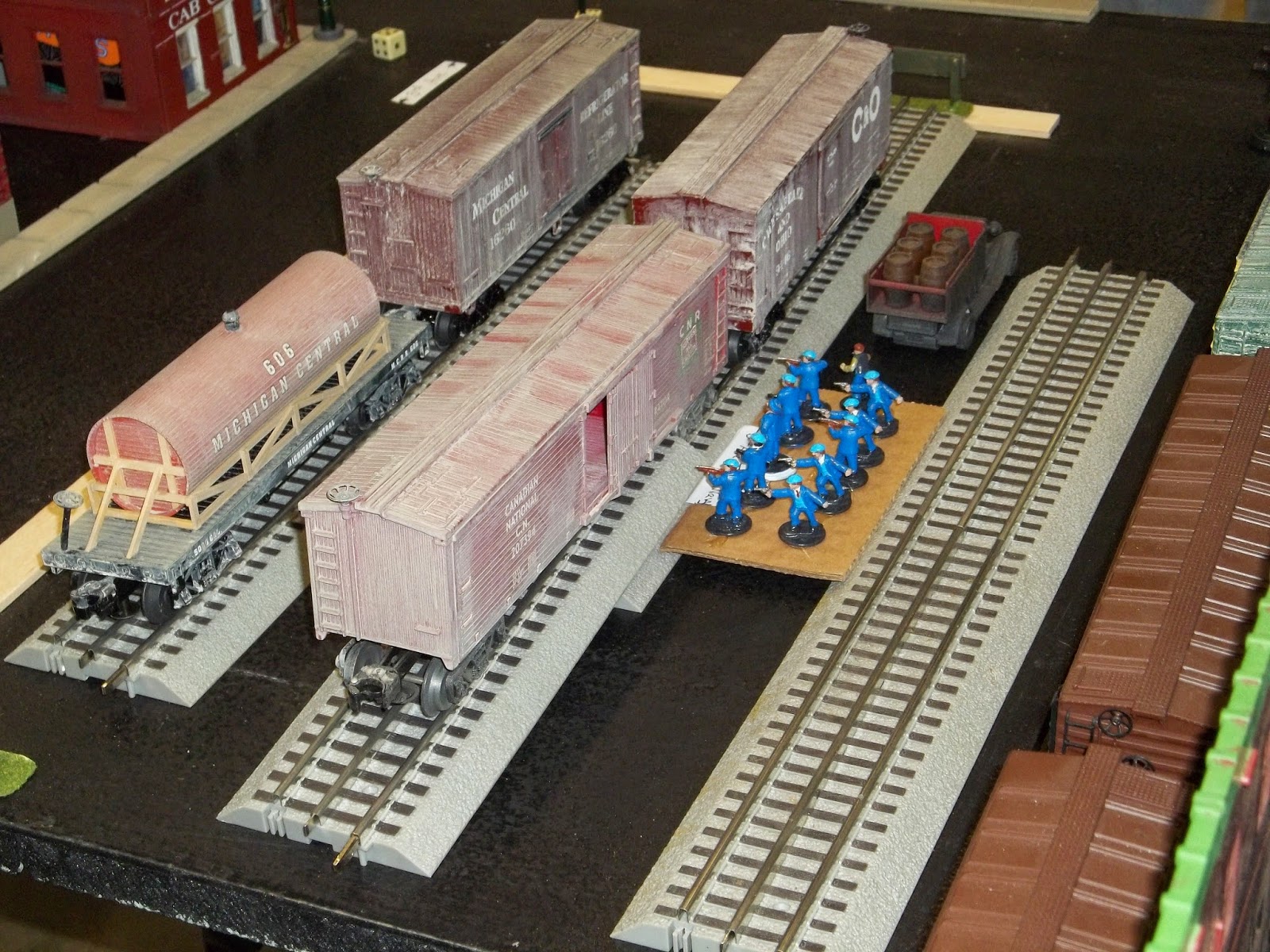 Of course since all of us are from Michigan, part of the fun was the local flavor set by the immense urban gaming area. Woodward Ave, Fort St, it was all there, right down to the ads for Vernors Ginger Ale and Stroh's, ahem, ice cream.

The game quickly turned Detroit into a war zone, which I suppose one could argue matches the reality. Cars were exploding, bombs going off in windows, Tommy guns spraying bullets everywhere... even a good old fashioned brawl on the docks. The game had it all. 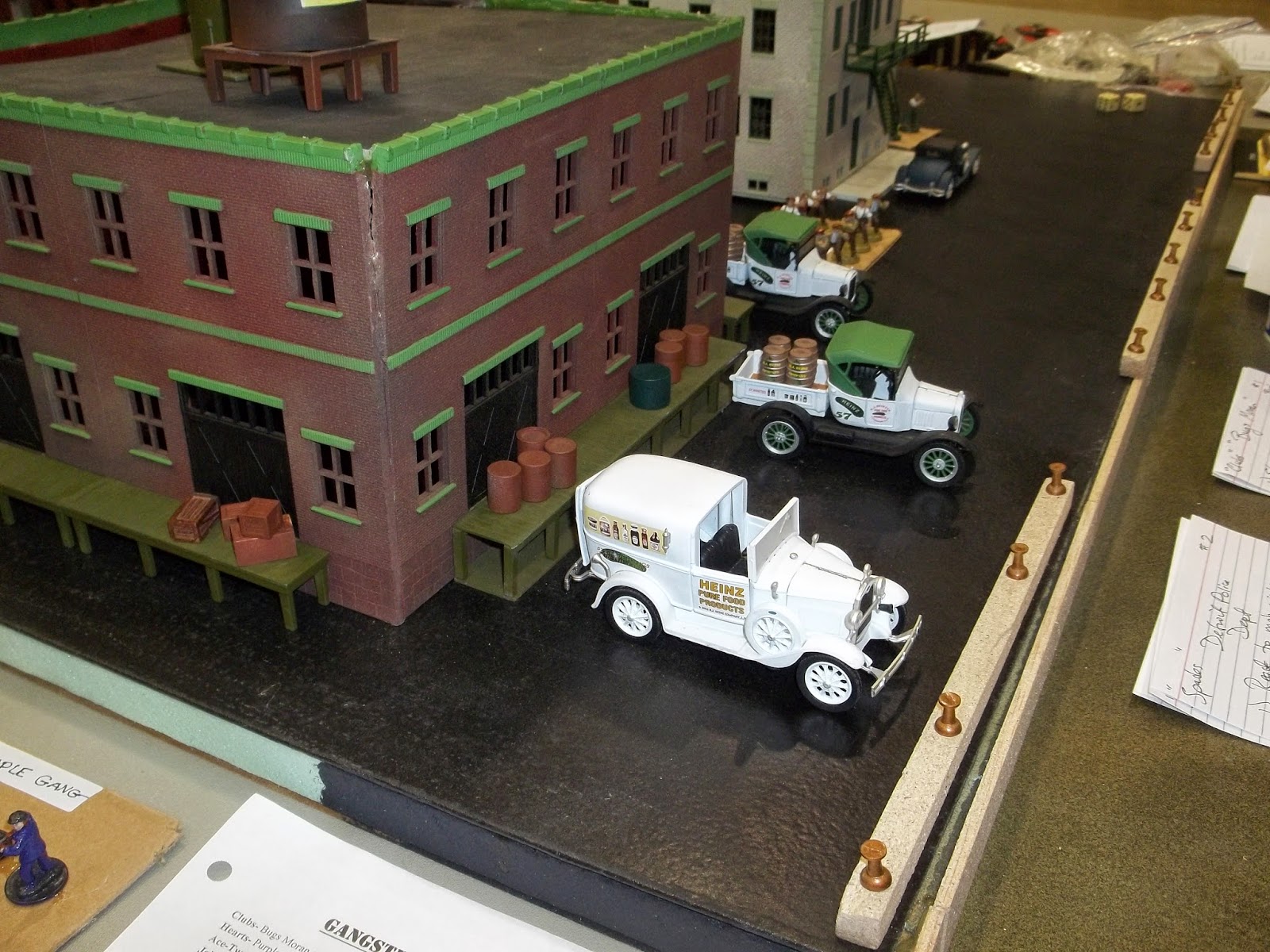 It was run with a set of home brew rules, which for the most part worked well. There were a quibbles, I think we fudged a few things here and there, and I would have liked to have seen more opportunity to react to certain things, but overall it achieved the result of fun. (In fairness, I think there is a mechanism for reaction, we just didn't always use it. It was hard to keep that many players in line, with that many things going on.) 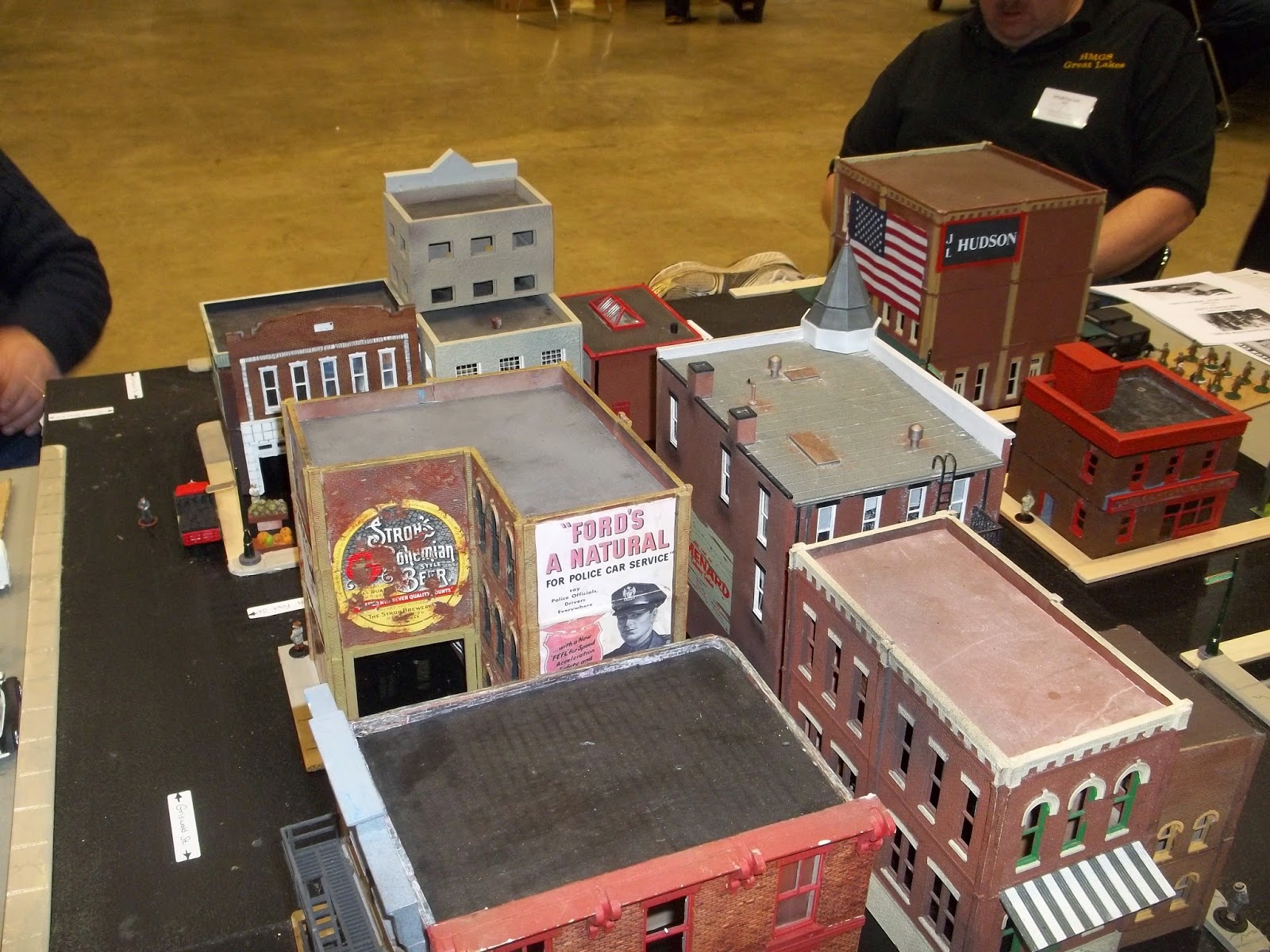 I'm really getting more into games like this than the "traditional" wargames with troops lined up in regiments going at it. I have enough to get something on a small scale going. I think it's time to come up with something! 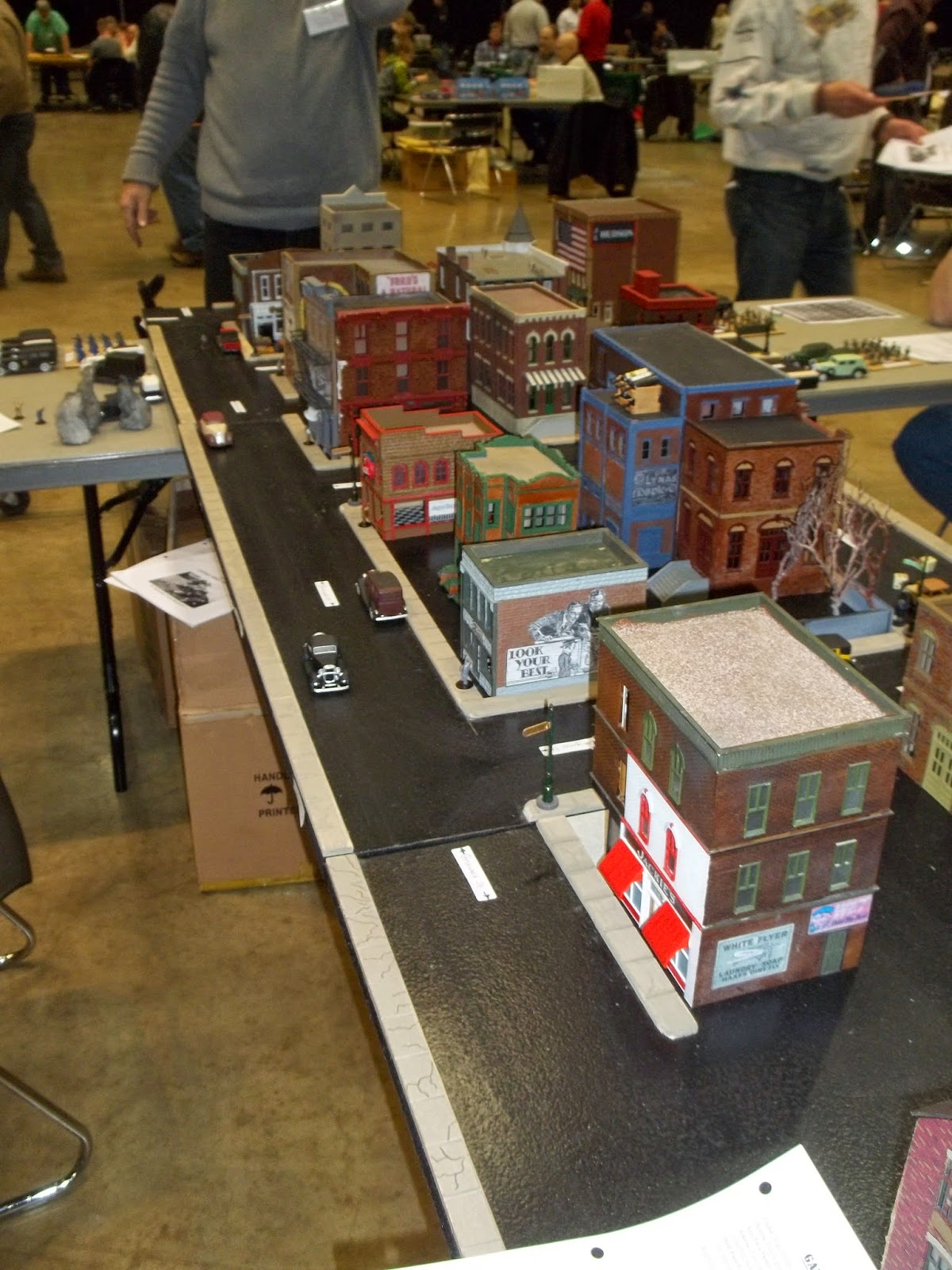 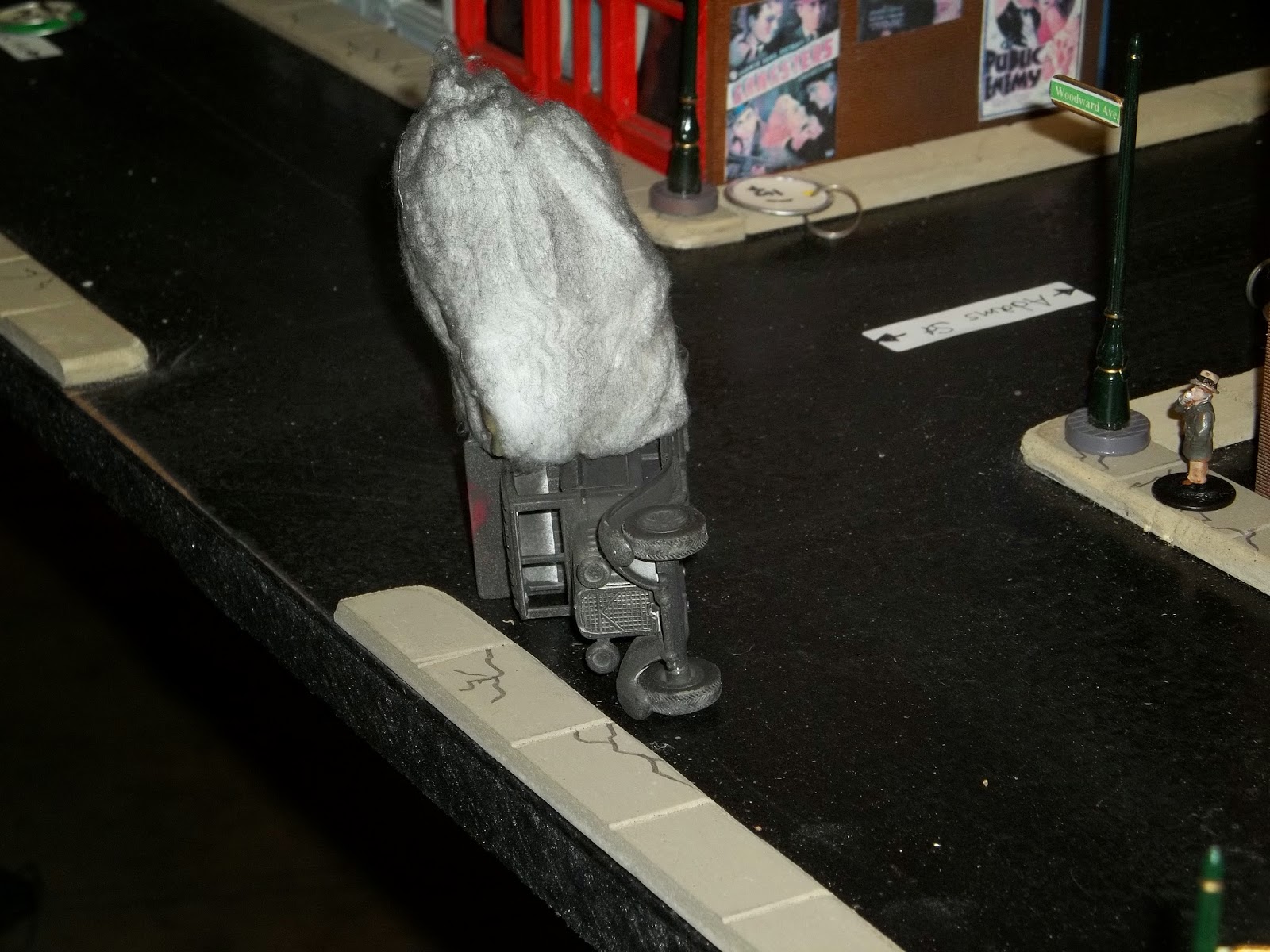 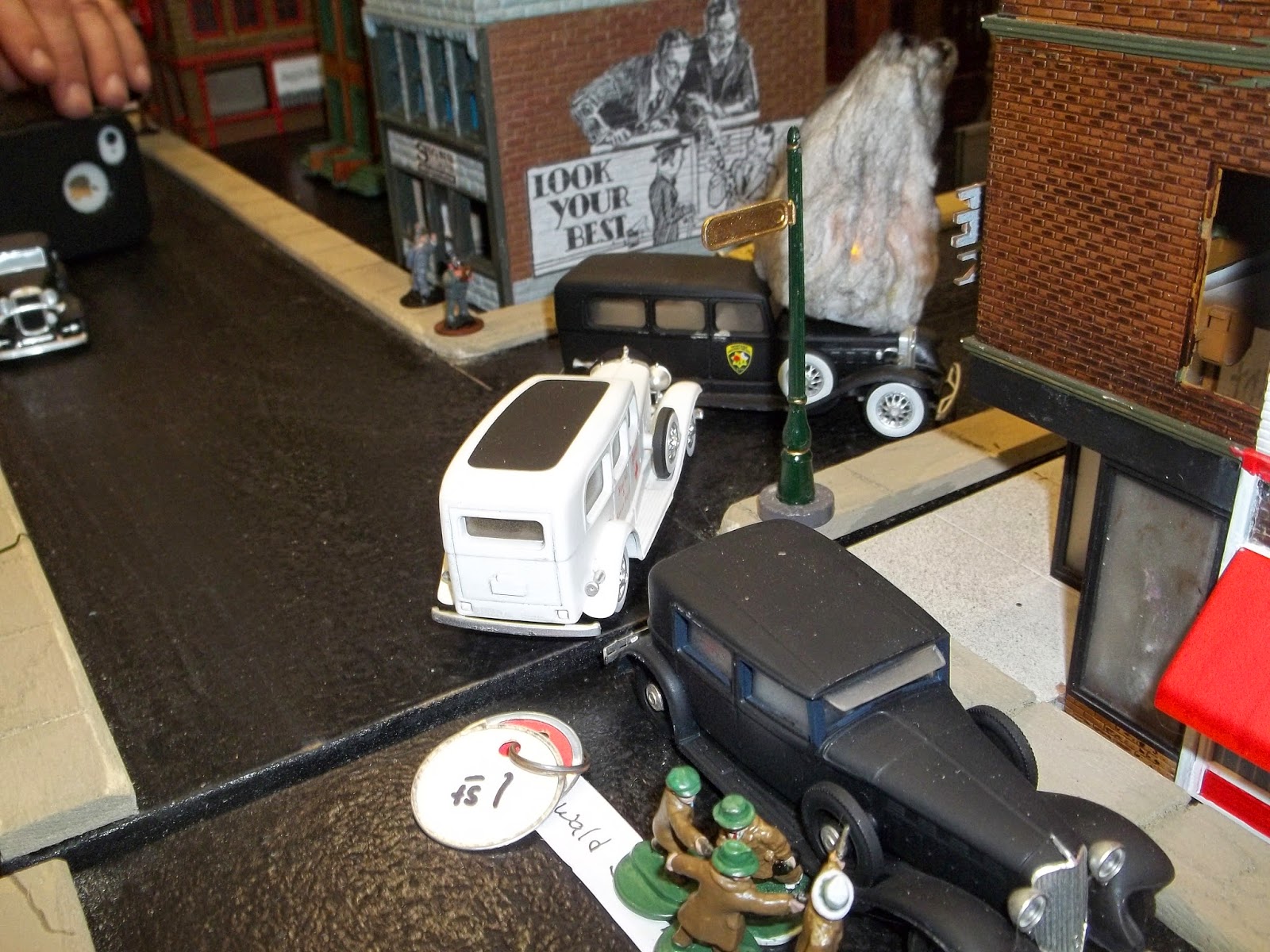 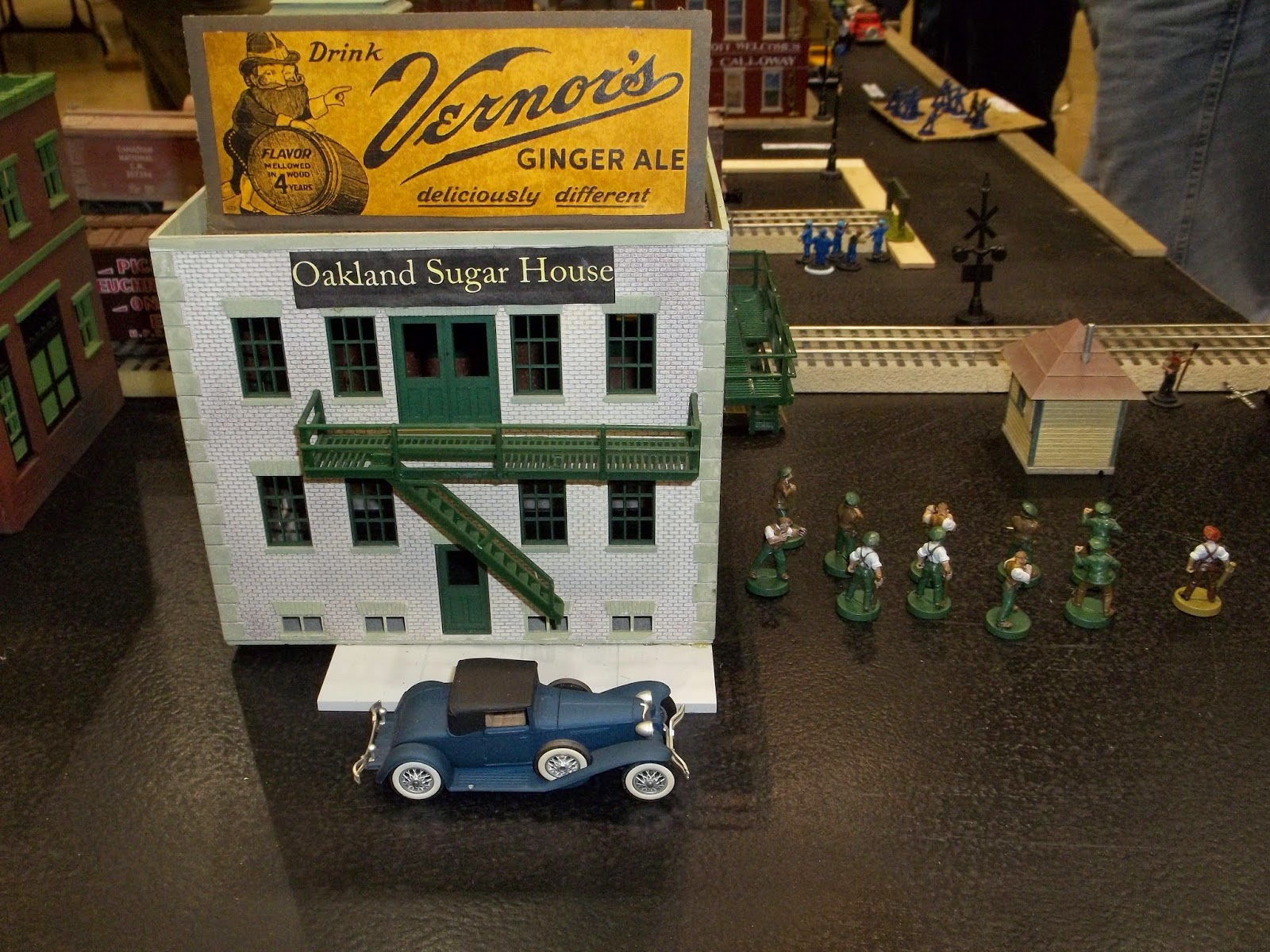 Email ThisBlogThis!Share to TwitterShare to FacebookShare to Pinterest
Labels: Spartacon

The bulk of my dark age figures used for Saga come from Black Tree Design, along with some from Gripping Beast and Artizan, and some that have been lying around from Old Glory for ages. I took advantage of BTD's most recent sale to place a small order to fill in some gaps, and this is what arrived yesterday.

The most obvious addition is the nice tin, which will certainly be put to use storing something. Maybe markers for use in Saga? 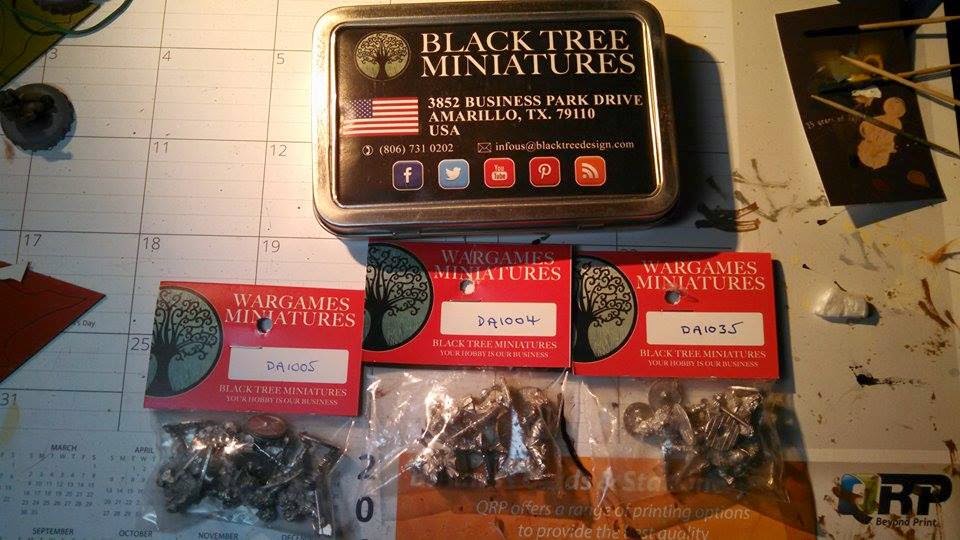 And the labels on the bags are a simple addition, but lend a whole new level of professionalism to the whole thing. Necessary? No, not really. But nice? Oh, definitely.

The figures themselves, as usual, are excellent. I have no idea who sculpted these, or how old they are, but they still look good. I have several WW2 figs from them, which some are better than others there, to be honest, but the dark age stuff has all been great and paints up exceptionally well. 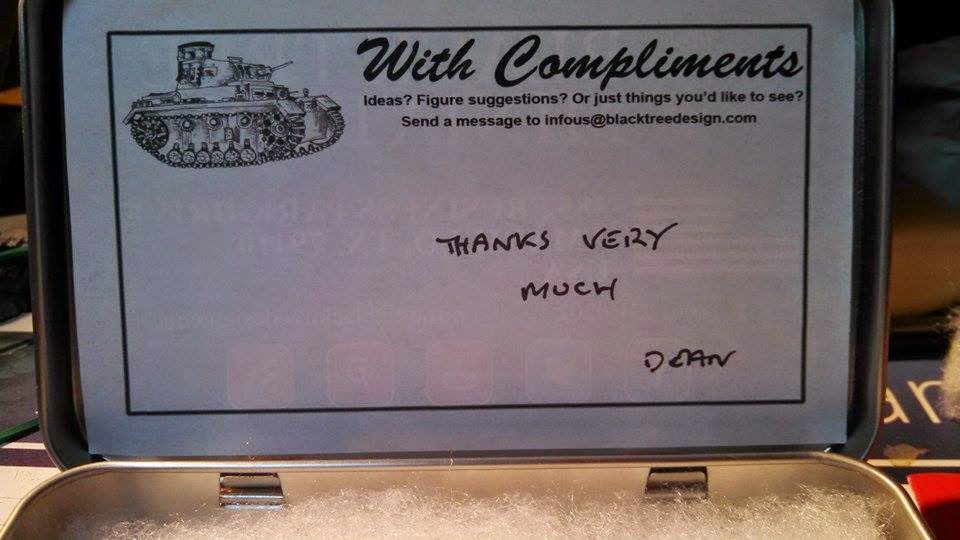 It appears Black Tree is open to suggestions for how to improve. I've heard horror stories about delivery times in the past, which must be mainly in Europe. I've never had an issue in several orders in the U.S. So, if I had two thoughts to convey, it might be:
So if you haven't before, give Black Tree a look. I wish them well, and can't wait to see what they do next.