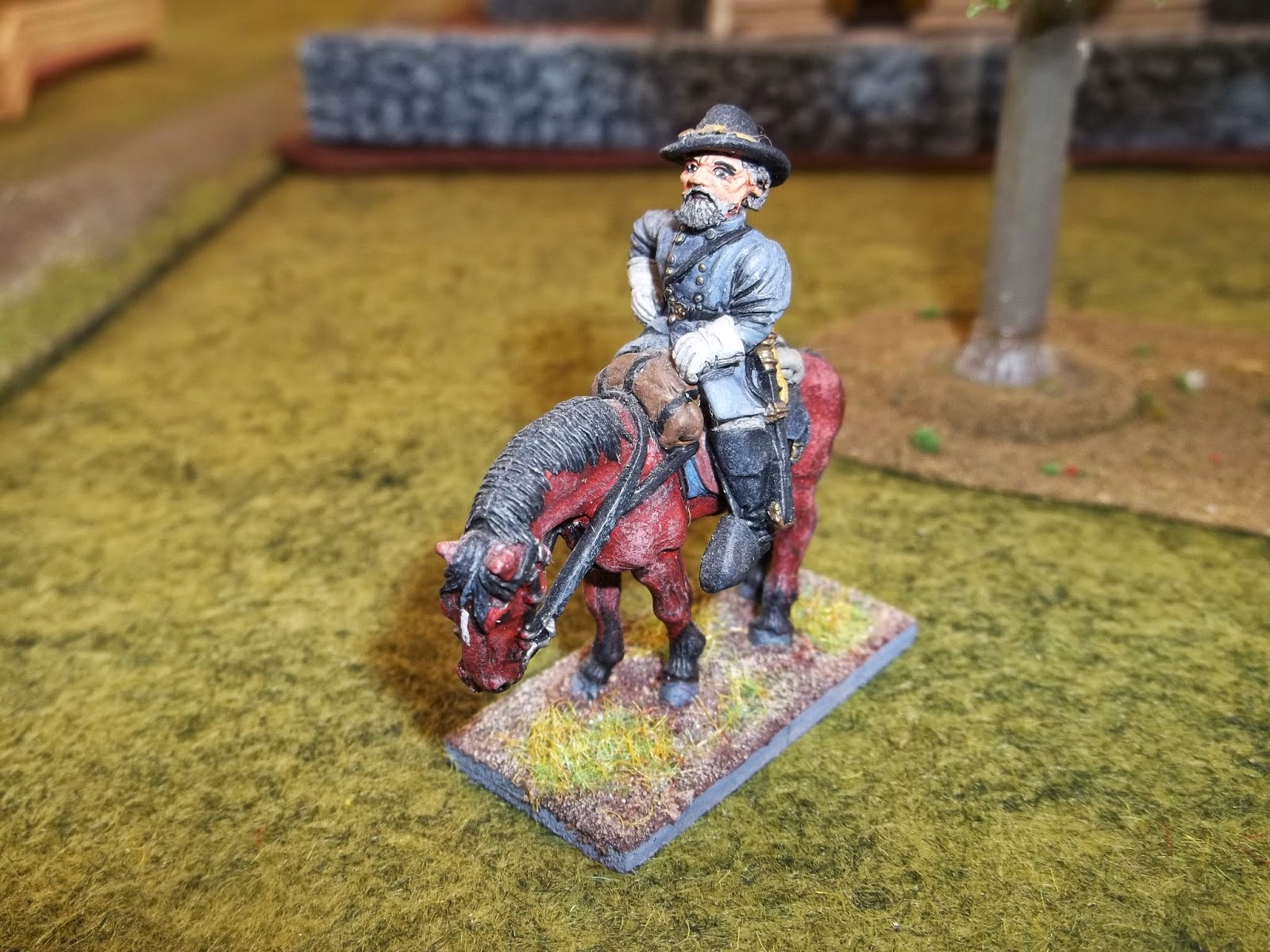 Counting down the minutes until 5 p.m., then it's out the door and on my way to Florida with the family.

While there are no excursions to historical sites - particularly ACW sites - planned for this trip, here's a shot of a Confederate general from Dixon to sort of set the mood.

There is so much on my painting table right now, I don't even know what else to say!

Bonus points to anyone who gets that headline.

This is the Sdkfz 221 from Black Tree Design, listed at 25mm, but it looks closer to 1/50 or even 1/48 than 1/56 to my eye and compared to the Warlord Games vehicles I have, including the Sdkfz 222. I'll try to get a comparison shot at some point.

I've actually had this for probably 10 years or so, but have never had the courage to attempt it. Now, with my German motor pool finally growing, I think it's time. 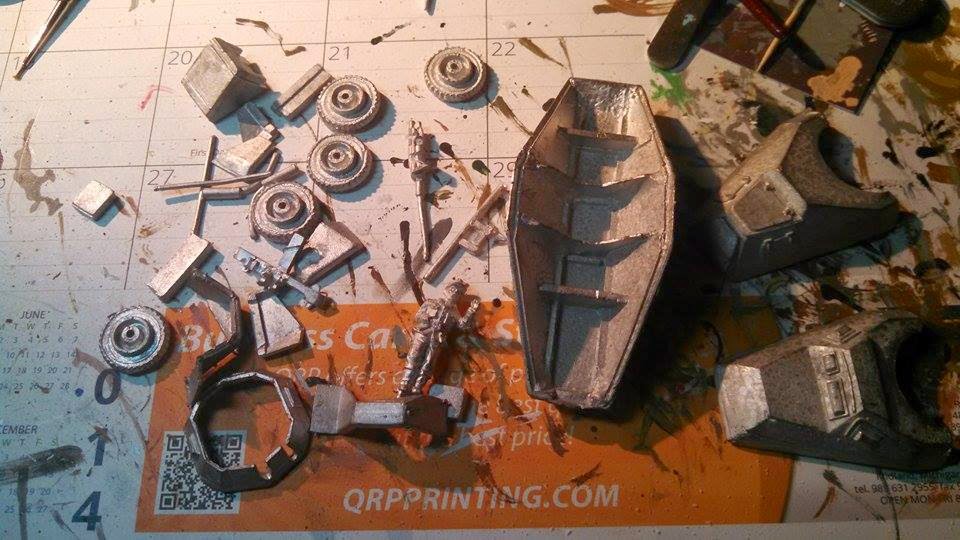 As you might suspect with an all metal kit, fit is, well, a relative term. At first it appeared horrible, but as I started filing and sanding last night, it started to get better. Not great, or even good, but not as bad. I think I can make this work. It's going to take quite a bit of epoxy, plenty of squadron putty and lots of good old fashioned elbow grease, but I think in the end it will make a reasonable armored car to support my blitzkrieging early war Germans. (Which, by the way, I thought I had three squads, but can only find two! Another order, perhaps...)

And yes, I've been slacking in the photo department, but I have completed six motorcycles (four with sidecars), a Pz Ib and a Skfz 221. I have a kubelwagen almost done, and am well along on an Opel Blitz truck and a Hanomag. The Hanomag is a Warlord plastic kit, considerably lighter than the BTD 221!

On a related note, I have also prepped and primed a second Belgian squad, so maybe soon there can even be a game.

So did you get the headline?

How about those Spartans?!?! 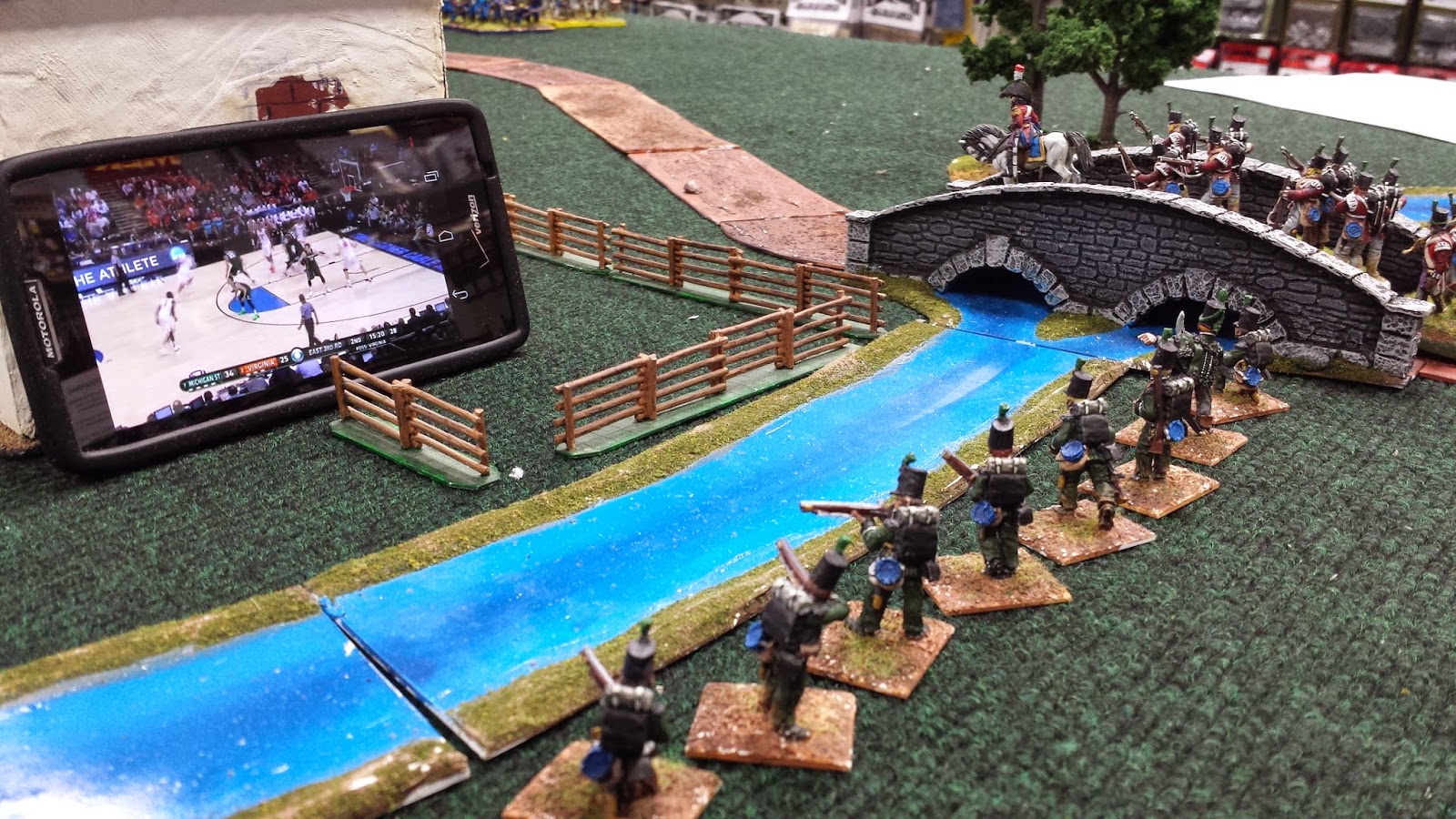 Once again, Tom Izzo, Mr. March, has them playing their best ball of the season and they are on the way to the Sweet 16 again. That seemed a long way off in January or early February, but it just shows again that Izzo has forgotten more about basketball than I will ever know.

And this team has really caught on with the fans. Even the 28mm variety. Even the 95th Rifles had to pause to watch yesterday's game! Appropriate that they are dressed in green, no?

Actually, this was a Black Powder game put on by Jon at Rider's in Flint. For the second year in a row, it conflicted with a Spartan game. Than goodness for smart phones and NCAA March Madness apps. The outcome this year was a little better, too, with the huge win over Virginia.

I'm sure they would have set up large screen monitors in the Spanish villages to watch, just like they do for soccer, had they been able to. Right?

More on the actual game later, but I just liked this photo and had to get it posted. Go green!!!

Still just going through some photos of my ACW troops. A couple more Confederate regiments for today. First one appears to be Dixon, second mostly some old Wargames Foundry. Usual mix of Testors and Vallejo.

Other than that, not much exciting, other than the usual mix of all kinds of crazy things on the bench. More soon! 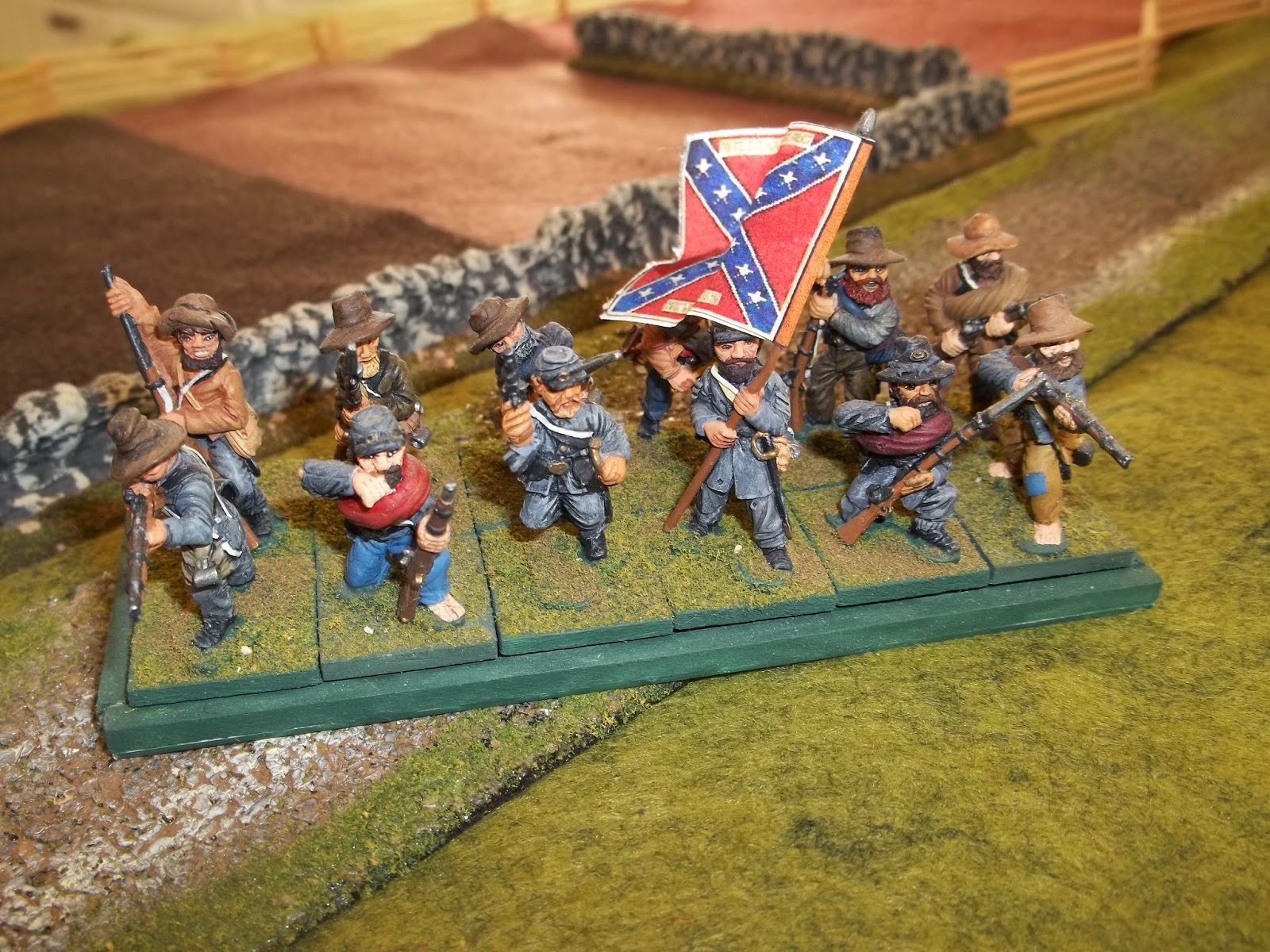 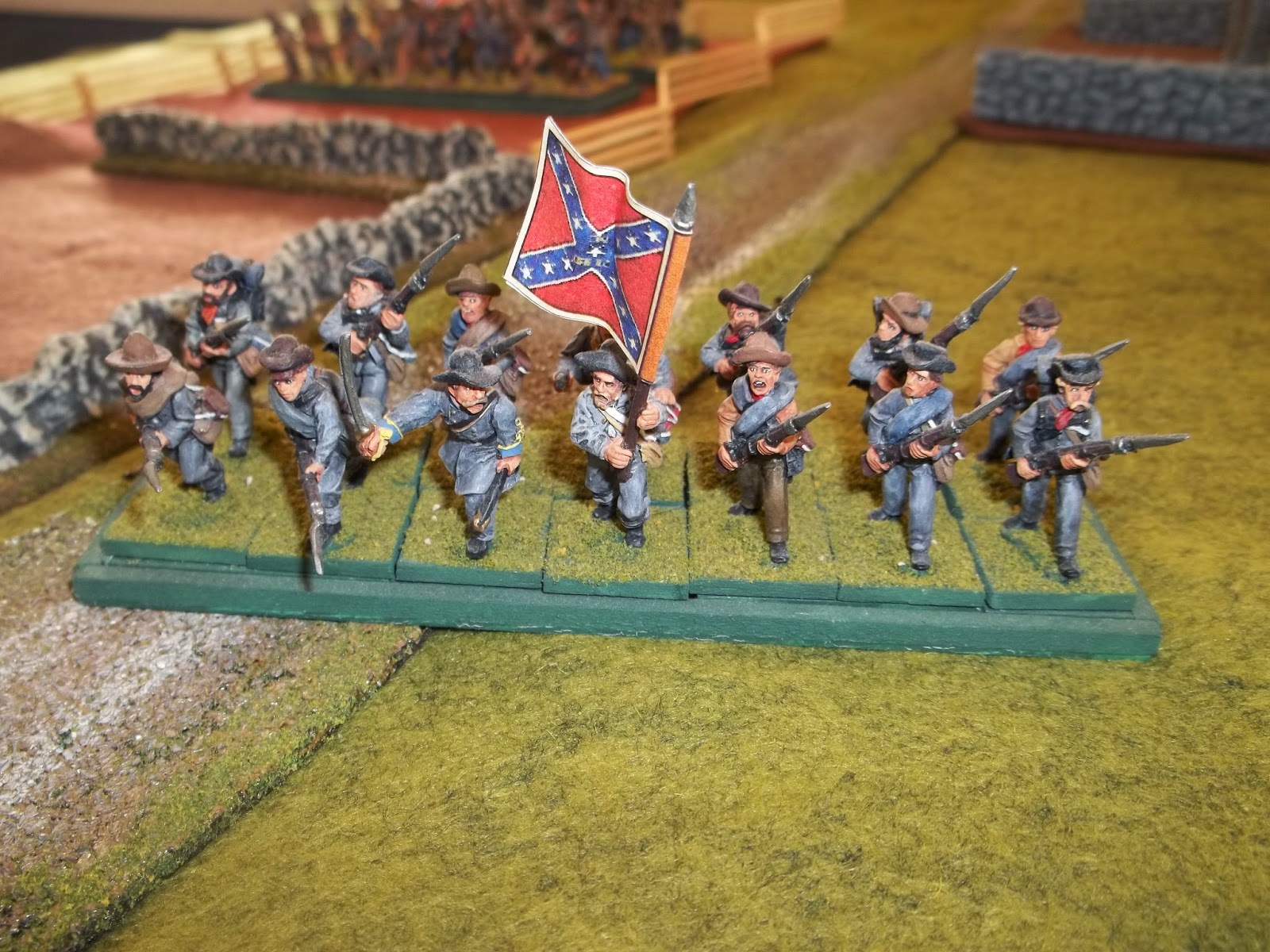 Just two of the Union regiments I now have. A bit on the small size, perhaps, but maybe they've been around a while? 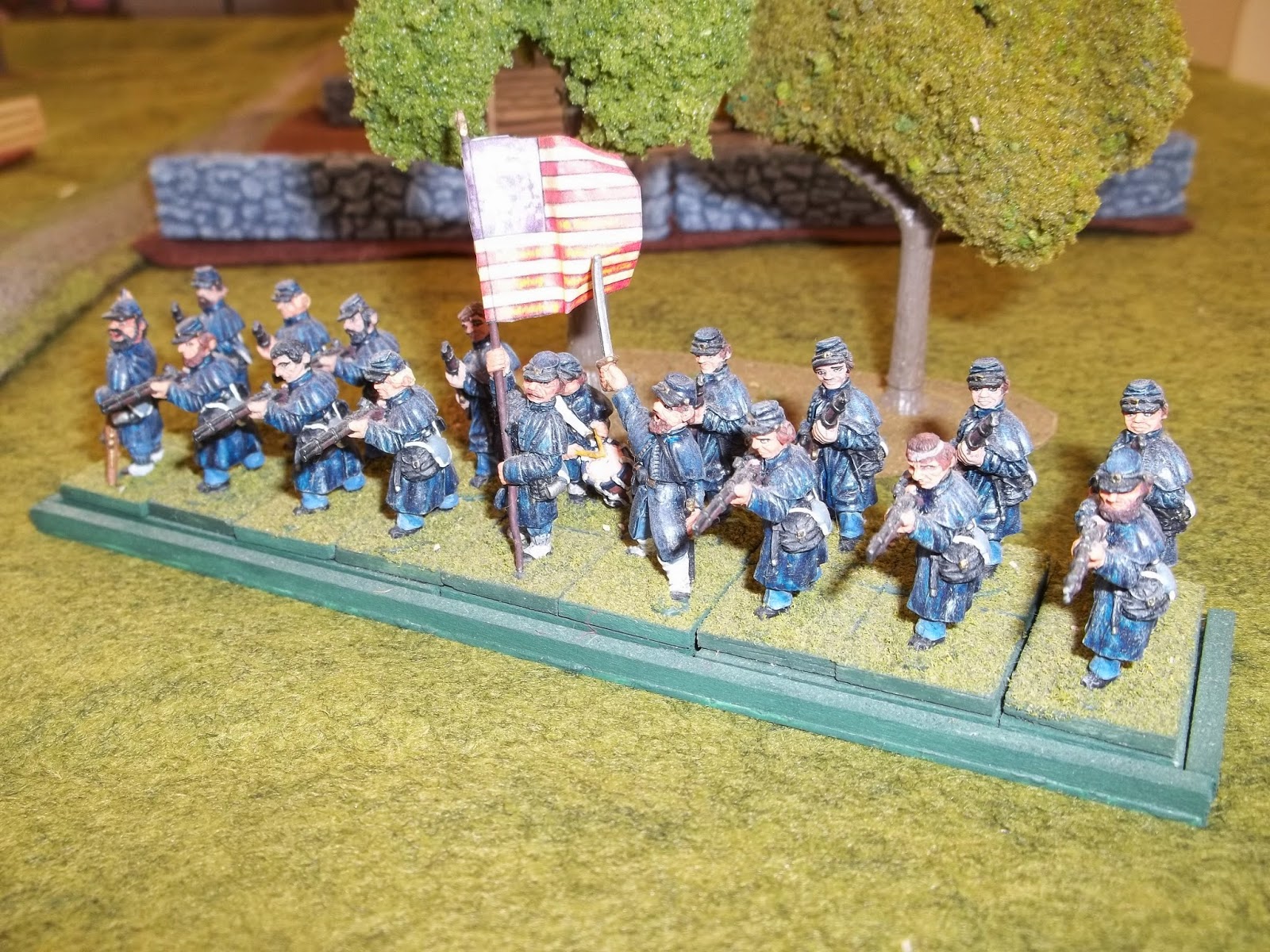 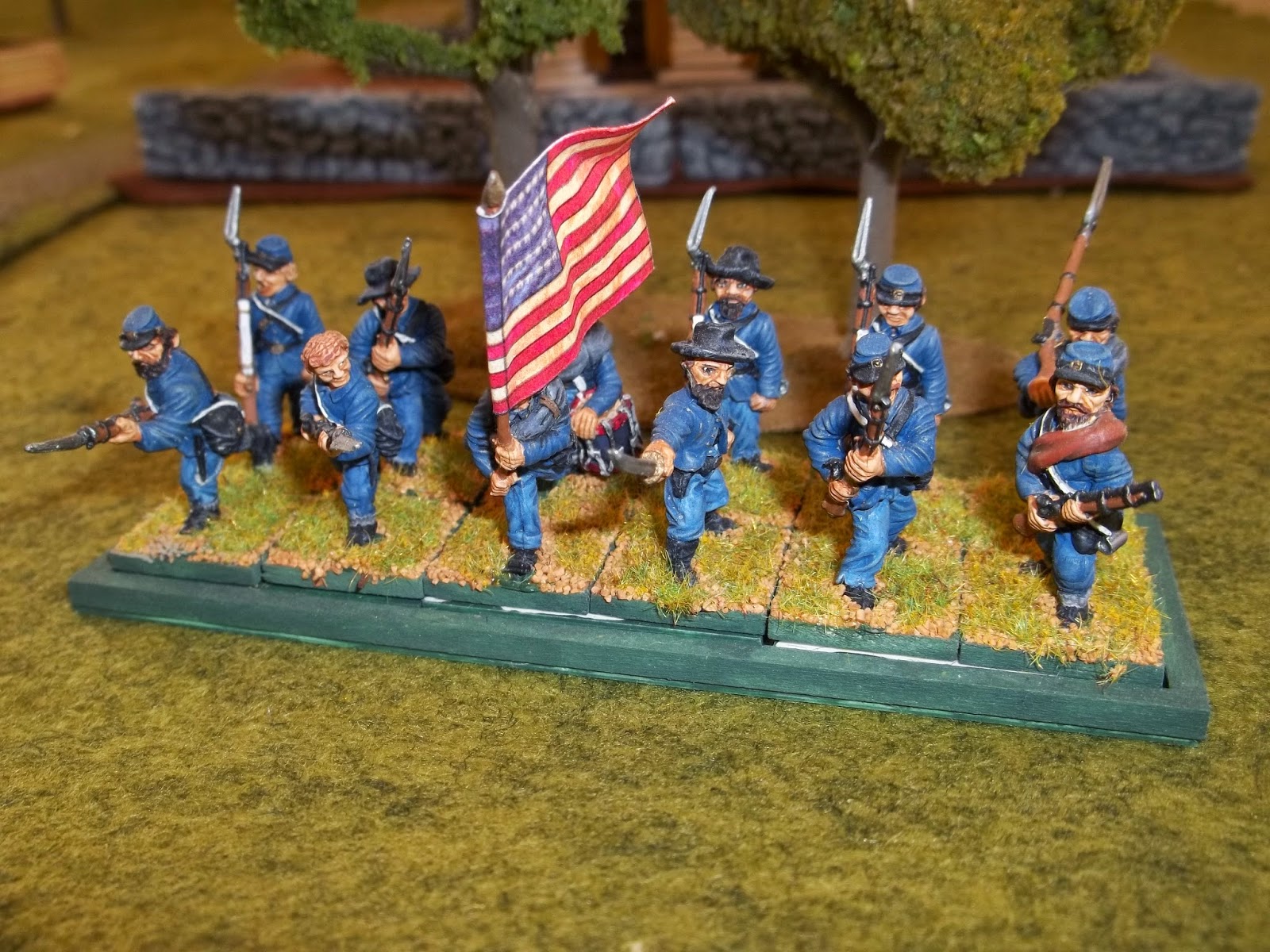