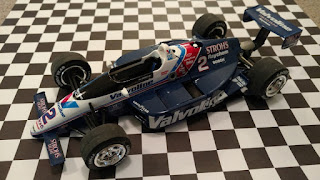 May is one of my favorite months. Well, at least the last couple of weeks of May. Indy doesn't really have a month of May anymore. But it's still worth celebrating!

I finished this one up a while ago, but had been saving it. It's Al Unser Jr.'s 1989 Lola Chevy. If you don't know the story, Little Al and Emerson Fittipaldi were battling for the win late in the race. Emmo went low inside of Al in turn 3 with two laps to go, they touched wheels, and Al ended up spinning and hitting the wall. When Fittipaldi came by, Al applauded. 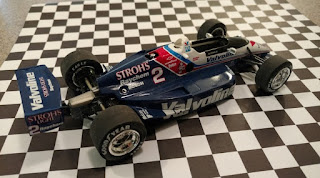 Who says no one remembers who finishes second? I suppose I should do Fittipaldi's car at some point. I have the kit and the decals.
Later, when the Speedway did its renovations to meet NASCAR standards for the Brickyard, that included all new, higher walls around the track. Many of the old wall sections now line the pond in the infield golf course. The turn 3 stretch? Little Al somehow got a hold of that and set it up on his property in Albuquerque. :) 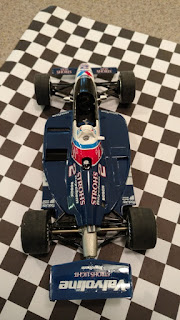 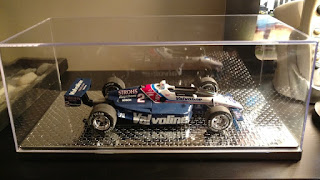 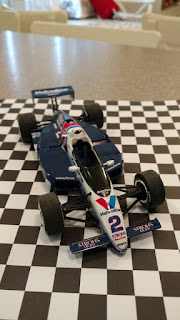 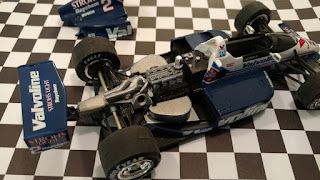