After backing the Kickstarter mentioned in the previous post for Hungarian tanks, the next thing to do, of course, was to start looking around for some infantry support! While Baker Company is planning another Kickstarter for Balkan theater troops, including Hungarians, that could be a while yet. Outpost does some Romanians, and there are some conversion options, but I started looking for something "different," and stumbled upon... Slovakians. 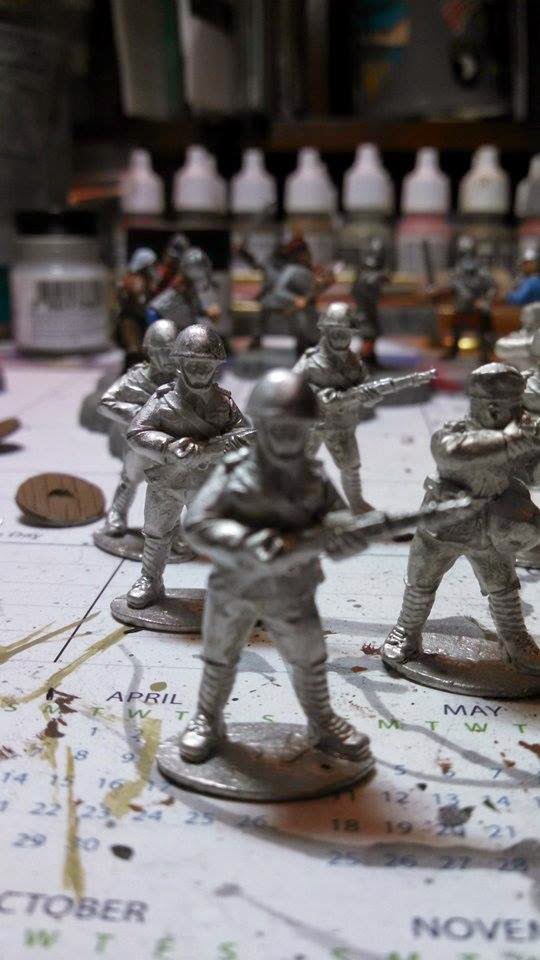 Yup, Slovakians used some of the equipment available in this Kickstarter, notably the Pz. 35(t). And best of all, someone - namely Bohemian Troops - makes the figs now! In the Czech Republic, which makes sense. And I'm always up for something... unusual. So after contacting the proprietor of said operation, off went an order, and two weeks later I am now the proud owner of a couple rifle squads of Slovakians.

Excuse the poor quality of the photos on my phone, but in general, my first impressions are I am impressed. These are very nice minis. 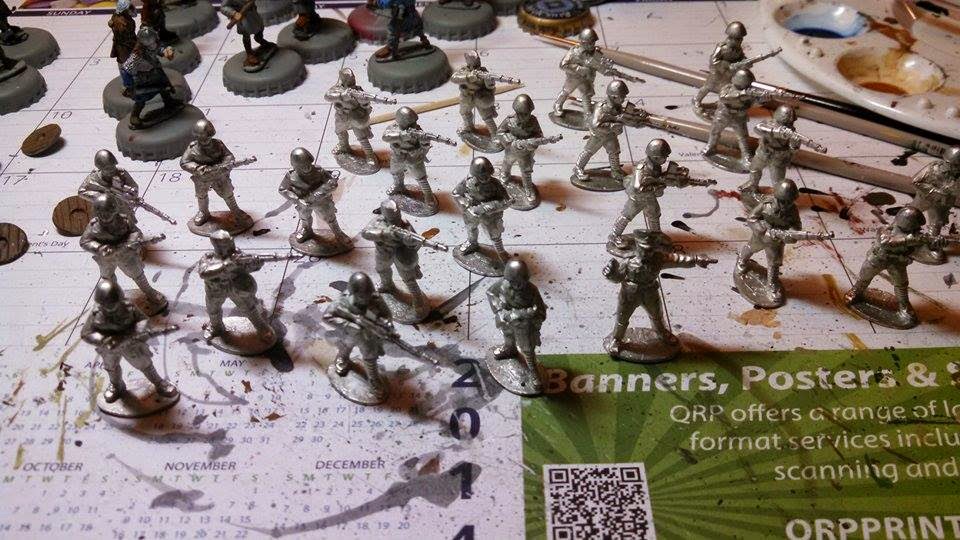 They were sculpted by Paul Hicks, and while perhaps they lack the depth of Crusader figures, or the facial expressions of Artizan, I would rank them right up there with the


best Warlord or Black Tree put out. Of course, there will be duplicates within a squad, but there are enough poses to keep things interesting. They aren't necessarily the most "energetic" minis I have ever seen, but at the same time the poses are convincing and realistic. The weapons look exceptionally detailed, especially the LMG. Sizewise, they seem a touch larger than Crusader, but match well with Artizan and BTD. 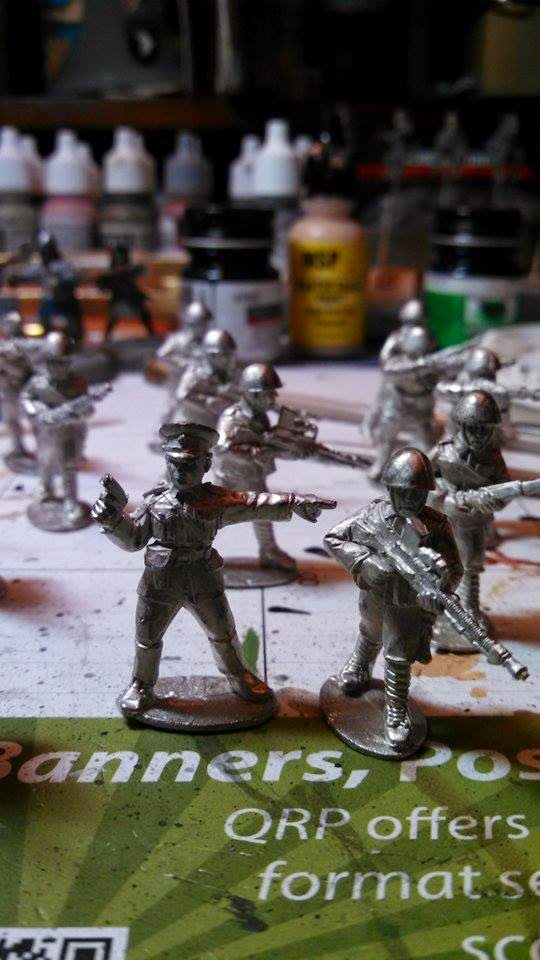 Production quality is excellent, with virtually no flash to speak of, and just minor mold lines to file off. I cleaned up a bunch last night and hope to get them in the painting queue soon.

Their uniforms are remarkable similar to Italians, and I'm already looking at some Italians to fill in some gaps in command, etc. And an Austro-Hungarian WW1 Schwarzlose MMG looks a dead ringer for the Slovak version, with a different helmet. The only thing I can't seem to find a reasonably easy conversion for is the Prada trucks used by the Slovakians. That could be tough.

I've started doing some additional research into Slovakia's role in WW2, and it is really quite a story. From Poland, to Russia, and then back home, these guys really were up against it, but were courageous fighters and represented themselves well. Mine will most likely be used in skirmishes against Russians. (That means I have to paint some Russians too!)

Anyway, that's kind of a rambling introductory post. I hope to have more details on painting these guys, and some actual real info on their history, in the future.